Wisdom Can Be Found in Nature

Wisdom Can Be Found in Nature

It’s August! For many, myself included, a favorite month!

“Summertime, and the living is easy,” as the song goes. A good time to unwind and enjoy life a bit more, feel young again while perhaps participating in those summer activities we did as children, maybe along with our loved ones who have made their transition. They are around, and want to see you enjoy yourself! Indeed, our DP’s often have had a hand in showing us the beauty of Nature.

Maybe you came from a family of fisher-people. If so, perhaps you shared meals over a campfire under the sky that your mom just caught with lures your grandfather made. Or perhaps your uncle was an avid bird watcher, and could whistle their sounds, or do a crow caw. Remember the joy, and enjoy Nature again.

I might also remind those of you who say that your are city people, that Teddy Roosevelt was raised in NYC, and was very sickly. So his father took him to the Adirondack Mountains every summer, which is where he learned his love of Nature. The result? Well, check out all Teddy did regarding the National Park System, which earned him the title, “The Conservation President.”

I would encourage anyone with children to get them to put down their I-gadgets (iPhone, iPad, etc. ) and let the kids experience an incredible day or week in Nature. Take a walk through the woods, or go for a quiet canoe or sailboat ride, or just sit down and view the sunrise, sunset, and stars. And of course, if you can, visit the oceans, lakes and ponds. To me, Nature is God’s church and temple.

I know that with many of you, I’m just preaching to the choir. But keep in mind that it is Mother Earth that feeds us, something we should never take for granted. Rather, love, cherish, and honor the hand that feeds you!

Over the weekend, I had the privilege of working with a quite amazing family. There were three children, a boy and two girls, and two adults, a man and a woman. I had assumed that the two adults present were the children’s parents, but, as they say, never assume. During the session, the brother of the man I thought was the father came through from the Other Side and it turned out that he was the biological father of these beautiful children. It was the brother and his wife who were raising them..

From the Other Side, the father communicated that he felt so honored by how well-behaved his children were, and he gave an unbelievable heartfelt hug to this brother and sister-in-law for taking on such a huge responsibility.

As I have often said, biology is only one part of being a parent. In this case, it was the brother and his wife who had worked so tirelessly and unselfishly while taking on the responsibility of caring for someone else’s children.

It was also wonderful that all three children had been visited by their dad and knew the particular way he had visited each of them. They knew that their biological dad was with them in Spirit, doing what he could to take care of them. A great session! (During the session, for whatever reason, the identity of the children’s mother, or her whereabouts, never came up.)

Let me note that I’m doing a fundraiser on September 7th in Connecticut for a cause near and dear to me: The American Foundation for Suicide Prevention. If you can make it, hope to see you there!

Enjoy the rest of August. 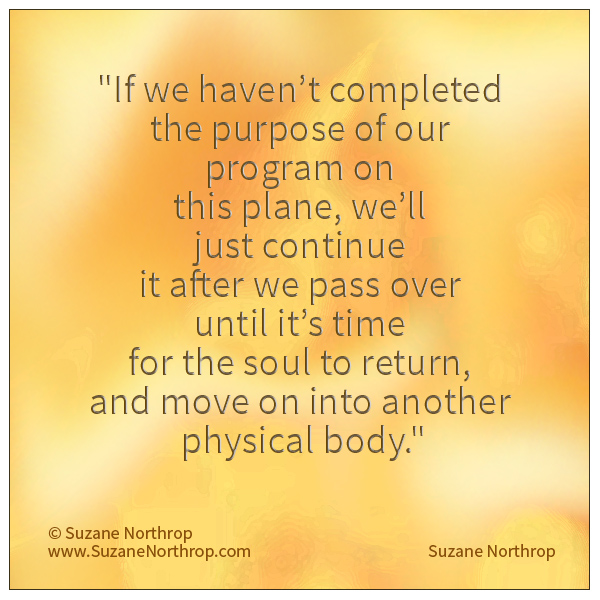