Into The Mystic (excerpt)
By Dennis P. McMahon

If you ever have the chance to meet world class medium Suzane Northrop, do it!  The encounter may change your life—for the better.  I speak from experience.

I became acquainted with Suzane thru a series of events that began in the fall of 1996 when a friend at work gave me his copy of one of Suzane’s early books, The Séance. He had “just happened to catch” Suzane on the radio, bought and read her book, and was urging me to read it. Frankly, I avoided reading The Séance initially.  But then I had this extraordinary experience in which my deceased infant son Ryan appeared to me in a vision at his gravesite looking to be the teenager he would have been had he survived his ordeal on Earth.  Later, as the skeptical/nonbeliever me was wondering if I had completely lost my mind, I was drawn to The Séance and began reading it.

Suddenly I didn’t feel insane anymore. All I was reading hit home, especially the part where Suzane mentions that our children who have crossed over actually grow up on the Other Side, which really struck a chord and confirmed the validity of my own vision and experience.

nearby Newark, New Jersey. I went, and was intrigued by every aspect of the event—the lecture, the questions and answers, the guided meditation, the

mini-readings, and of course, by Suzane herself. I later attended a second

Suzane seminar in Manhattan, and another one a few months after that back

By the third event, I pretty much knew what to expect and had become very comfortable in that setting. At the first couple of seminars I actually had feared that Suzane would read me, but by now I had completely relaxed, figuring that she never would.

During the mini-readings portion of the third seminar, Suzane came

charging over to the area where I was seated, and in her direct manner and

that I would not be read, I didn’t answer. Nor did anyone else. “Come on,”

Suzane said. “Somebody here lost a child. This is very strong.” Again I didn’t answer, and again no one else claimed the DP coming thru. Trying to leave, Suzane walked away but quickly came back saying, “He’s not gonna leave me alone. Is it Brian? It’s Brian. Who knows a Brian?”

That wasn’t my son’s name. But no one was claiming Brian, so I finally answered, “Is it Ryan?”

Suzane snapped her fingers as her face lit up. “That’s it!” she said, and proceeded to tell me that Ryan wanted me to know (apparently to make me aware of the sacrifice he had made, I would later discover) that it hurt him to be born the way he had, but that now he was alright. Thru Suzane, Ryan added that his sister with the ‘K’ name “won’t let him go.” The “K” identification was right on for my older daughter Kristen, but I was still somewhat skeptical for I had no idea whether she had “not let go” of her brother.

Suzane continued, “He also visits his sister with the ‘M’ name,” and whether the visitation part were true or not, again I didn’t know, but my younger daughter Mallory does indeed have an “M” name. Then Suzane stood right in front of me and asked, “Why is he showing me this?” as she tied an imaginary rope around her neck and lifted it up as if she were being hung.

A strange calm had hold of me. I replied, “That’s because he choked to death on the umbilical cord.” And in that moment I knew, not just believed, but knew that there was life after death, and that my son was indeed okay on the Other Side.  The remaining grief I was harboring vanished in an instant, and the questions I had about my own sanity also disappeared.  Healing and enlightening, all at the same time.

“You have a very strong son,” Suzane told me afterward at the book-signing session.

Over the years that followed, I’ve attended many of  Suzane’s events, and the results are always staggering.  I’ve asked myself, “Was it by mere coincidence that my friend just happened to catch Suzane on the radio, buy her book, and—acting a guide of sorts—urge me to read it? And that I in turn would find such a complete degree of healing from the book and Suzane herself? Was this all just mere coincidence?” And the answer I get is “No. No coincidence,” which comports with what Suzane often says, “There are no coincidences.”

But if it wasn’t a coincidence, what was it?  Well…in my case, I’ve come to accept that these events were all part of a series of mystical experiences designed in part to present me with an opportunity to walk a spiritual path. It’s not something my conscious mind would have chosen to do, for I would trade every single one of my spiritual experiences in a New York millisecond to have had my son survive the fate that did befall him, and be with me here, in the flesh—but that scenario was not to be.

I’ve also come to believe that the souls of deceased children are often spiritually advanced, and that their brief stays here on Earth afford those of us left behind an opportunity to progress spiritually.  Indeed, after my son had visited me in the graveyard and later thru Suzane, I felt compelled to walk a spiritual path—a path that has proven to be so very healing and rewarding for me, and so many others.  Which is why I say, if you have a chance to meet Suzane, or at least witness her in action, do it! It’s an experience you won’t want to miss, and just may change your life. 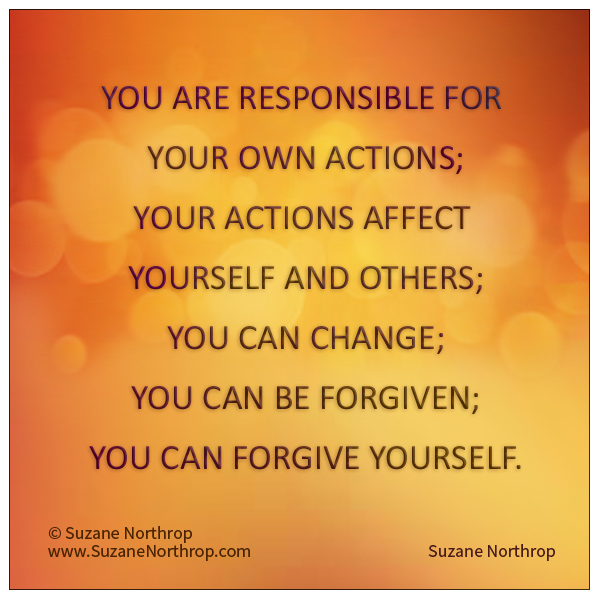