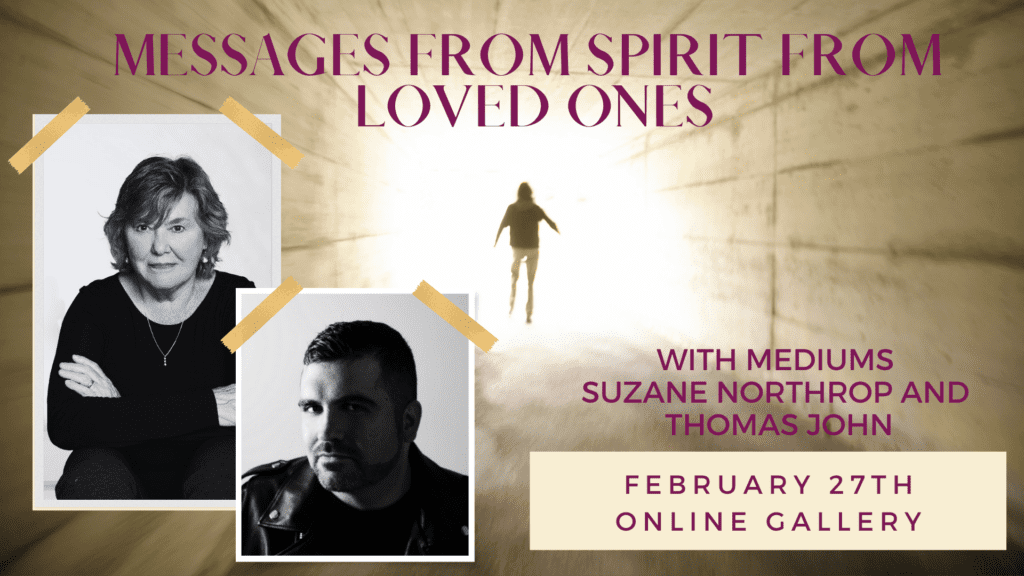 Enjoy this special two-hour virtual event with Mediums Suzane Northrop and Thomas John. During this online event, BOTH Suzane and Thomas will deliver messages from Spirit from Loved Ones to as many online attendees as they can.  Whether you or someone else receive a message, it is amazing to witness both Suzane and Thomas channeling and delivering messages from spirits from the Other Side.

Many ask us if a virtual reading is still possible even though the readers cannot see me? The simple answer is yes! It doesn’t matter whether Suzane and Thomas see you or not, they meditate before the event and begins receiving messages energetically and vibrationally to be able to deliver messages to those in attendance.