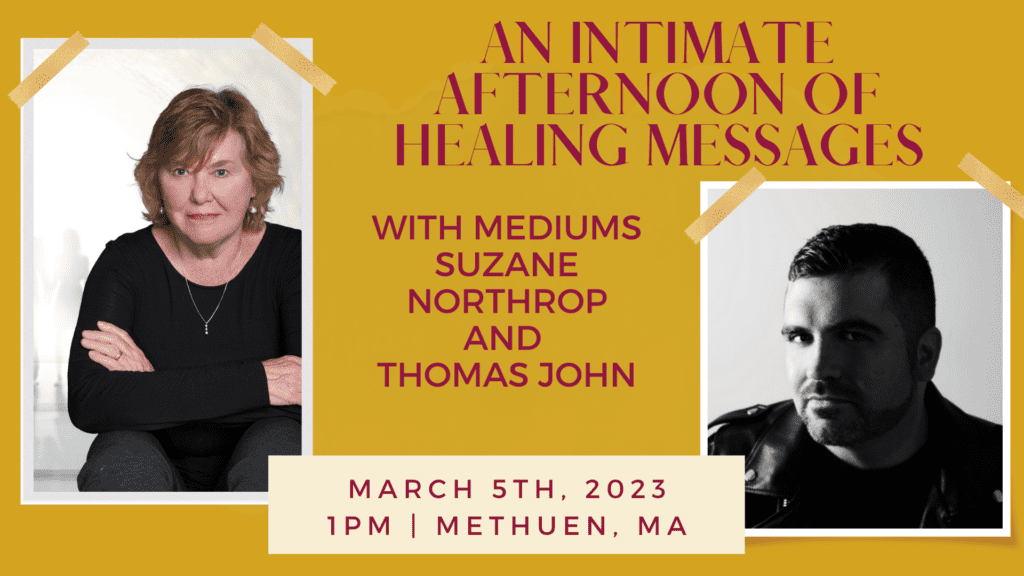 Suzane and Thomas are coming to Methuen for an intimate Sunday afternoon with very LIMITED SEATING for this 2 hour in-person event on Sunday, March 5th, 2023!