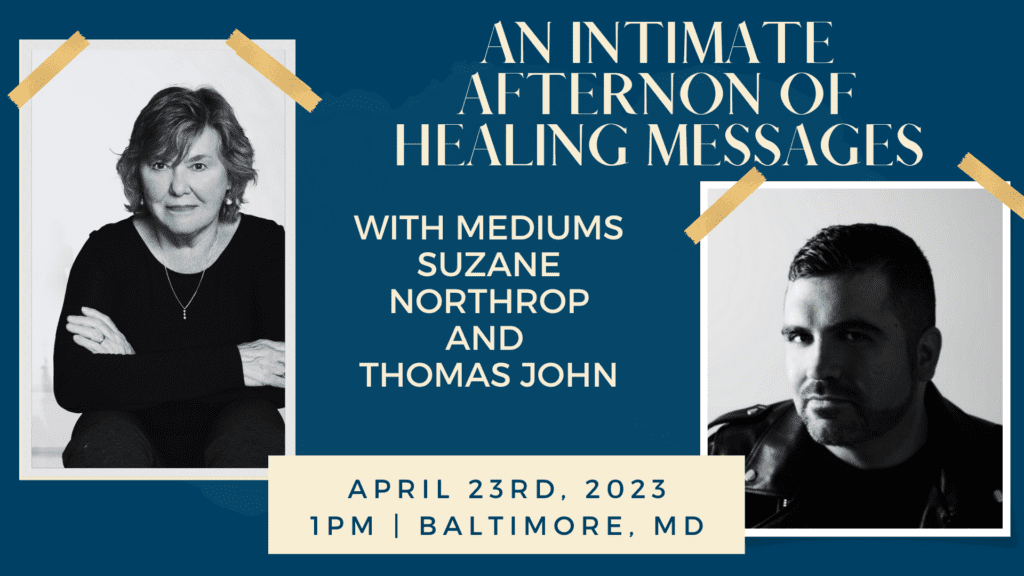 Suzane and Thomas are finally coming back to Baltimore in 2023 – but only for ONE day for this  3-hour in-person event in Baltimore, Maryland on Sunday, April 23rd, 2023!

There will also be a book signing by Thomas and Suzane.

Tucked away amid 72 wooded acres in the gated community of Cross Keys, Delta Hotels Baltimore North is a tranquil urban retreat, offering unparalleled city access in a relaxing, secure setting.

No refunds/All sales are final.