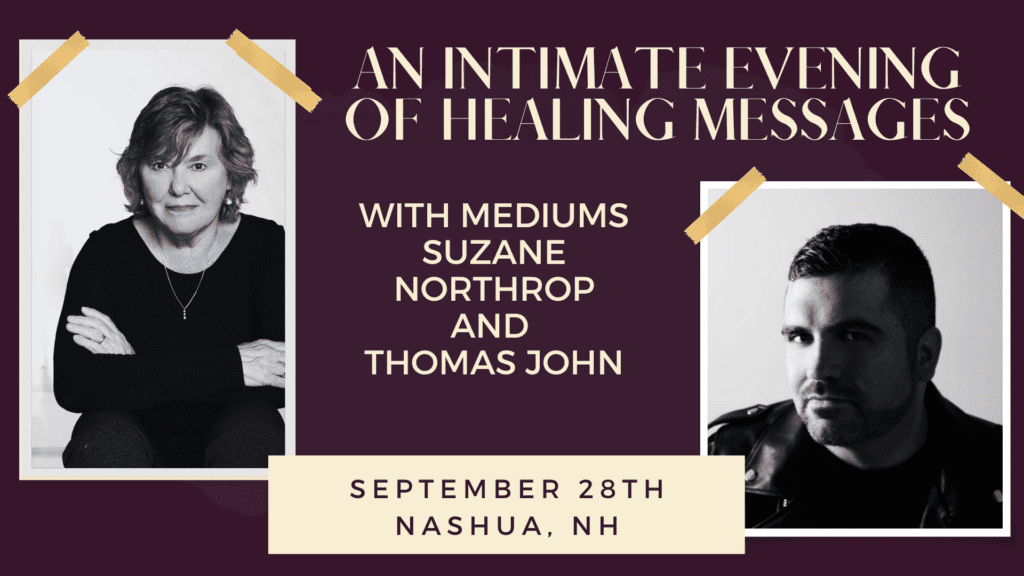 After two years, Suzane and Thomas are finally coming back to New Hampshire – but only for ONE night for this 2 1/2 hour in-person event in Nashua, New Hampshire on Wednesday, September 28th, 2022!

There will also be a book signing by Thomas and Suzane.

Location: Nashua, NH (exact location will be given once a ticket is purchased).

No refunds/All sales are final.

An Intimate Evening of Healing Messages from the Other Side with Thomas John and Suzane Northrop (Baltimore, MD)

An Intimate Evening of Healing Messages from the Other Side with Thomas John and Suzane Northrop (Sturbridge, MA)