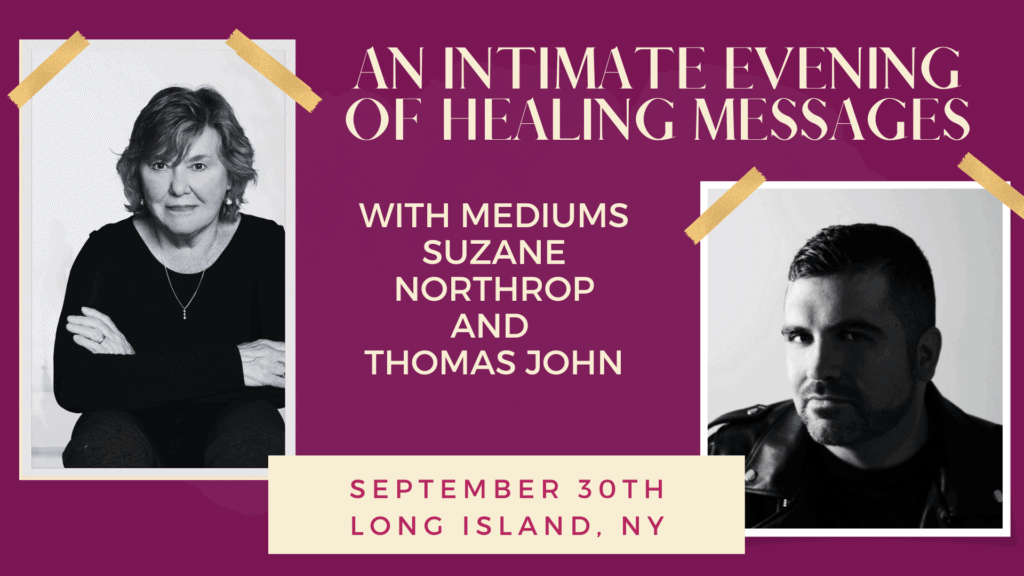 After two years, Suzane and Thomas are finally coming back to Long Island – but only for ONE night and with very LIMITED SEATING. This means that the event will consist of less than half of the usual gallery reading attendance – increasing your chance to receive messages! So don’t miss your chance to experience this in-person gallery reading event in Garden City, NY (Long Island) on September 30th, 2022.