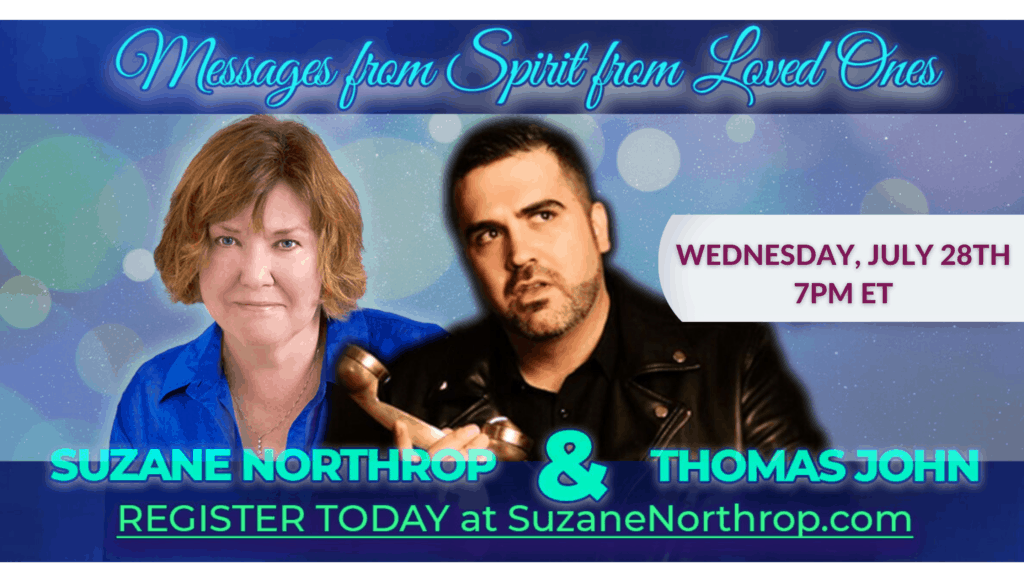 Many ask us if a virtual reading is still possible even though the readers cannot see me? Simple answer – yes! It doesn’t matter whether Suzane and Thomas can see you or not, they meditate before the event and begins receiving messages energetically and vibrationally to be able to deliver messages to those in attendance.

Currently, Suzane continues to lecture and consult, writes and publishes a free monthly newsletter and hosts her own radio show with notable guests each month. Suzane is working on her new book, developing television projects and podcasts.

An Intimate Evening of Healing Messages from the Other Side with Thomas John and Suzane Northrop (Baltimore, MD)

An Intimate Evening of Healing Messages from the Other Side with Thomas John and Suzane Northrop (Sturbridge, MA)