PLEASE NOTE: Each ticket purchase is an e-ticket; no paper tickets will be mailed. There are NO REFUNDS for event ticket purchases. Suzane’s online events are held in the Eastern Time Zone – New York. Currently all in-person events are postponed due to COVID19 Social Distancing Requirements. Sign up for Suzane’s newsletter to be notified when she goes back on the road. 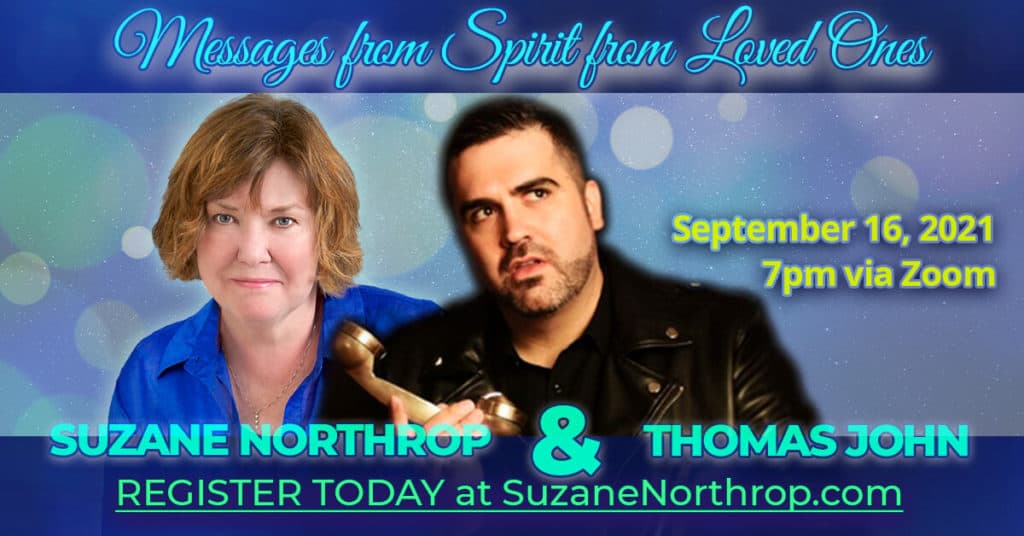 Many ask us if a virtual reading is still possible even though the readers cannot see me? Simple answer – yes! It doesn’t matter whether Suzane and Thomas can see you or not, they meditate before the event and begins receiving messages energetically and vibrationally to be able to deliver messages to those in attendance.

Currently, Suzane continues to lecture and consult, writes and publishes a free monthly newsletter and hosts her own radio show with notable guests each month. Suzane is working on her new book, developing television projects and podcasts.

Mother’s Day Special: A conversation about your mom, you as a mom and losing your mom — Online

Dreams: Dreams of loved ones in spirit, precognition and literal — Online

Astrology and you – How Astrology can help guide your life. — Online

Past Lives and learning how to tune-in — Online